Mapping the future of renewable energy 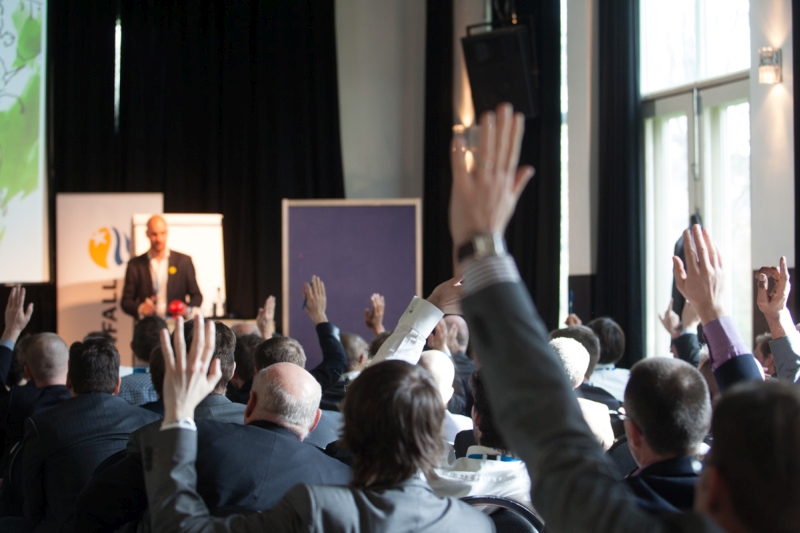 Vattenfall, one of Europe’s leading energy companies, was undergoing a thorough restructuring, including its renewables division, where three departments were to be merged. Seventy top executives from these units came together in Amsterdam to discuss expansion possibilities in renewable energy. The decisions made at the event would then be communicated to the newly formed renewables teams and implemented in a series of new projects. In the two-day conference, inspiranten presented the history and the possible future of renewables in a clear, relatable form. Subsequently, in a specially designed programme of workshops, participants took these basic project elements and developed them in new and productive directions.

The newly established renewables unit was also the newest division in the entire company. For some executives from the three merged units, this was the first chance to meet their new colleagues. The inspiranten team wanted them to get to know each other in an informal context which nonetheless clearly focused on questions of renewables. For the venue, we picked the Hotel Arena Amsterdam, a modern, design-oriented hotel built within a historic complex of buildings.

The assembled executives were first given a comprehensive, even humorous overview of the significance of the merger, including its direct consequences. This touched on the detail of new organizational measures and the overall goals of the Vattenfall’s brand-new division. A specialist in corporate restructuring, Pierre Gurdjian, a director at McKinsey Brussels, explained some of the challenges the merger might face, as well as suggesting concrete, workable solutions. He urged executives to use their own personal strengths within the context of project and teamwork. In other words: careful, thoughtful leadership, in keeping with company goals and values. Gurdjian framed his ideas on leadership philosophically, vividly illustrating the importance of values to any corporate process.

Breaking out into small working groups, Vattenfall executives came up with specific measures which would incorporate company values into everyday working life. The groups came up with specific aims and action plans, which were then discussed within the larger group. Vattenfall had set ambitious growth goals for renewable energy: a serious challenge. So, the meeting’s next phase saw working groups analyze the business potential of specific project ideas. The overall group then assessed these in terms of relevance, priority and implementation. The first day ended at the Restaurant Dauphine, allowing participants to exchange views and network in a more informal setting. The following day, ideas developed in the first phase were collectively developed into specific project packages, which were then assigned to particular working areas. In the months that followed, these carefully worked-out plans would be sent for implementation to teams working across the company’s various European locations.

As an outside observer, Pierre Gurdjian prompted Vattenfall managers to seriously reflect on leadership culture and patterns of decision-making and implementation. The thoughtful discussion that followed allowed the group to develop commonly agreed values. Constant interchange between working groups enabled colleagues to get to know each other on a human level: feedback suggested this was a particularly popular feature. Working with colleagues from other countries, executives developed concrete projects which could be realistically implemented within the next twelve months. Participants came away from the two-day meeting filled with enthusiasm, strongly motivated to bring their new projects to life.