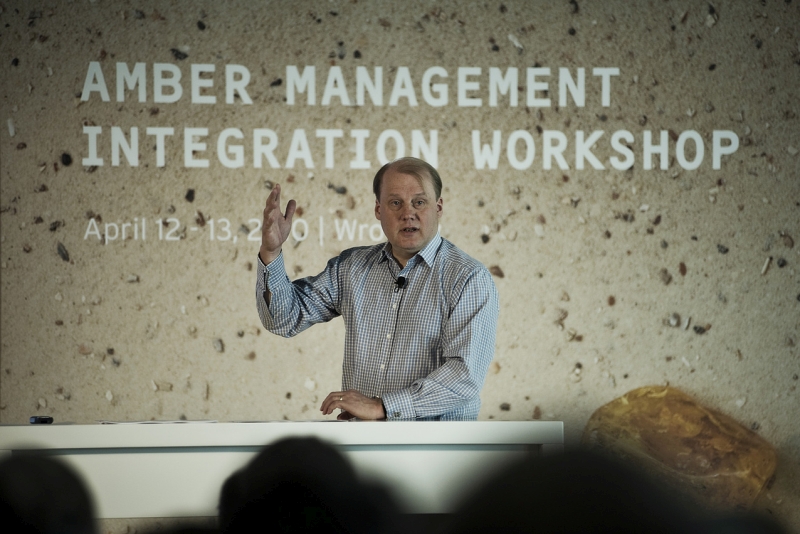 A leading European energy company was expanding into Poland, opening new business units in the country. Of course, integration operations would mean dealing with differences in structures and processes, but cultural differences could also be a real problem to be overcome. The inspiranten team was tasked with organizing an integration seminar for eighty top executives drawn from all of Vattenfall’s European locations. As well as enabling managers to get to know each other personally, the event would need to encourage real mutual understanding. The event should promote sensitivity towards cultural differences, but without neglecting shared cultural values and habits. The ultimate goal was to promote smooth cooperation in future operations.

Our first concrete step in promoting cultural understanding was the choice of venue, a five-star hotel in Wrocław. During the two-day workshop, every participant was invited to actively engage with informative exhibits and outstanding lighthouse projects.

To kick off the event, Alexander Wurz, a specialist in intercultural communication, presented insights into cultural similarities and differences. The presentation was frank, delivered in a spirit of openness and transparency: synergies and shared aspirations were discussed, but so were the frustrations and misunderstandings sometimes experienced among colleagues.

Albert Angehrn, professor for information technology at Insead Business School, started the workshop’s second segment by presenting a realistic business simulation, featuring a virtual enterprise. The group analyzed the situation from the point of view of existing multicultural structures. In the third part of the workshop, participants used a variety of dialogue techniques to work out new common processes and agree on binding cooperation goals for the merged corporation.

Vattenfall’s new Polish subsidiary is an integral part of the company, which has a cohesive corporate language. Through the event, understandable fears and reservations were assuaged by the emphasis on intercultural similarities and differences, and by encouraging frank and open conversation. Mutual understanding was emphatically promoted. The meeting has specifically resulted in processes which are more efficient and more interculturally sensitive. All of this smooths the path to the overall aim: establishing common goals and achieving success.