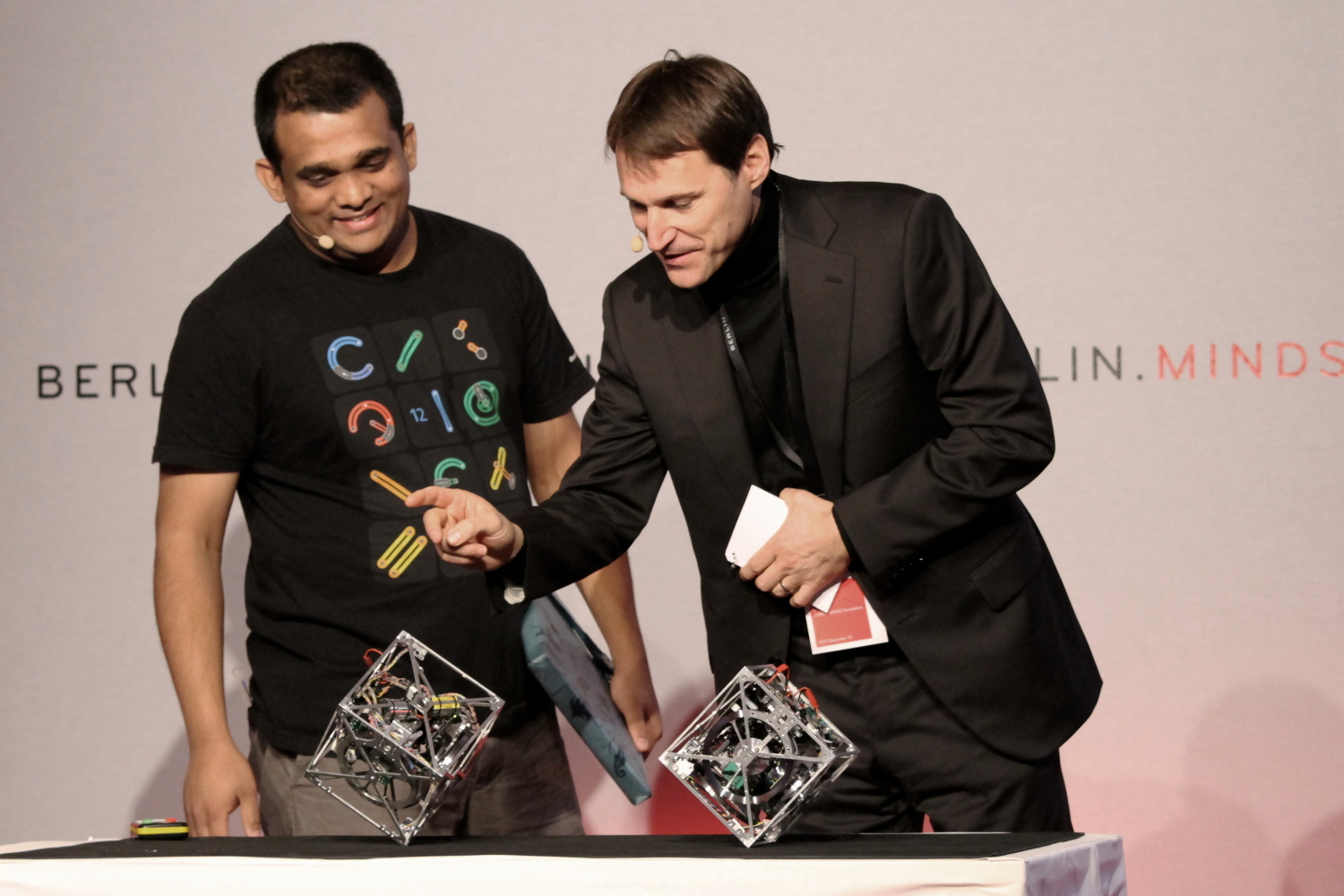 Rolf Dobelli’s book ‘The Art of Clear Thinking’ spent four months on the German bestseller lists. Dobelli, originally from Switzerland, is fascinated by little-known scientific discoveries, especially by the impact of scientific insights outside the academic ivory tower. Long determined to help the process along, six years ago he founded the Zurich.Minds Foundation, set up to promote dialogue between science, business and the arts. In six successful events in Zurich, the Foundation has created a kind of modern scientific salon, in which world-class speakers can communicate their ideas and research in short, thought-provoking presentations. This is Dobelli’s fundamental mission: passing on cutting-edge research to key business decision-makers, in hopes that great ideas can be turned into feasible projects and actual business plans.

Dobelli brought the format to Germany in December 2013, establishing the ‘leadership community’ Berlin.Minds. Its first public event saw 200 international guests gather at the Heeresbäckerei, now an industrial monument and a Berlin event location, previously a magazine in the army bakery. A top German newspaper, the Frankfurter Allgemeine Zeitung, was the event’s media partner.

Visions of a positive future astonish and inspire guests

There were astonishing ideas aplenty: the work of Dr Daniela Tirsch, of the DLR Institute of Planetary Research, pointed the way in space exploration, even holding out the possibility of holidays on Mars. Canadian researchers Cameron Robertson and Todd Reichert, of the University of Toronto, demonstrated a complex flying machine running solely on human muscle power. Professor Peter Seeberger from the Max Planck Institute of Colloids and Interfaces showed how waste processing might lead the way in developing new drugs against malaria.

Berlin.Minds focuses on free thinking and the human will

The brain was a particular focus. John-Dylan Haynes, of the Charité, a historic Berlin research hospital, offered insight into how willpower functions within the brain. Professor Helmut Bertalanffy, of the International Neuroscience Institute in Hannover, explained the art of brain surgery, while US philosopher Dan Dennett explained the effectiveness of intuition in creating new pathways and highlighting unseen possibilities.

To add to the scientific attractions on offer, Marco Tempest, the world-famous magician and illusionist, wowed the audience with his three-dimensional illusions, using modern technology to make him appear on stage in several places at once. The programme wrapped up with a highly unusual performance of Bach, played by Ksenija Sidorova, a virtuoso accordionist.

Throughout the Berlin launch process, the Zurich.Minds Foundation was supported by the inspiranten team, who advised the board on locations and on the necessary ancillary services. On the implementation side, our team were responsible for the smooth running of every aspect of the event, checking every technical detail and making sure the programme – with no less than eighteen high-profile speakers – went off without a hitch. We also took very good care of those illustrious scientists, researchers and artists, transporting them in and around Berlin and laying on dinner at the Swiss embassy.