When it comes to engineering, IAV is one of Germany’s ‘hidden champions’, a major developer of electronics and power train systems for future mobility solutions. A host of international automotive brands put their trust in the company’s many years of expertise.

Originally set up as a family business, IAV now employs several thousand staff worldwide. Over the years, the company has developed a more international focus, and has seen exponential growth. Every year, some 350 executives meet for the company’s ‘leadership summit’, to have their say on the where the company is, and where it should be going.

IAV’s leadership is renowned for the achievements of its research and development units, internationally recognized for their numerous outstanding innovations. The company’s clients are often direct competitors with each other, which means IAV management has had to establish and maintain the very highest standards of integrity and compliance. The annual leadership summit was a vital opportunity for executives to present a broad overview of the work of the company’s various divisions. Another challenge was that the senior management team was at this time relatively new: over the previous three years, the company had entirely refreshed its top echelons. As if this were not enough, IAV also had introduced a new corporate strategy, which staff at all levels now had to understand and implement.

The leadership summit began in traditional form on the evening before the main event, with the introduction of the management team, including no less than forty new executives. inspiranten gave this an informal spin by creating ‘dialogue islands’, each with five managers taking turns to tell the story of their own personal development. The inspiranten team also used the first evening’s programme for information gathering, giving participants an active role in shaping the remainder of the events. A survey app collected data on their personal preferences and concerns, using this to generate tasks for the workshop segments to come.

On the second day, senior executives presented the new corporate strategy, discussing various points in detail before the assembled managers. A mobility exhibition was designed to promote dialogue: here, every division of the company could present their latest technological developments. Since the exhibition was designed to include individual elements of the new strategy, each information stand offered mini presentations, highlighting IAV’s many new innovations in detail.

Once everyone was up to speed, we brought in a fresh dose of inspiration from outside, in the form of renowned speaker Dominik Neidhart, a key crewmember of the Swiss boat Alinghi, which won the prestigious America’s Cup race in 2007, in an unexpected and hard-fought triumph.

Neidhart explained how success in an ultra-high-pressure, high-achieving environment could only come about through collective team excellence. His keynote, inspired by his triumphant sailing career, presented unexpected new ideas and tools for managers responsible for excellence across complex, highly distributed organizations. The subsequent multi-stage workshops allowed participants to to talk frankly about market conditions and think seriously about implementing strategy in teams. The results of the discussions were presented as elevator pitches to the entire assembled group, which gave direct feedback on the proposals.

Over two days, the highly diverse IAV leadership group received concentrated, well-presented information, allowing them to develop a specific, nuanced understanding of the company’s strategic goals. Dominik Neidhart’s motivational approach, founded on sporting excellence, inspired the executive team to sustain a high standard of achievement. The exhibition, discussions and workshops honed the participants’s analytic abilities, while always put in the context of specific issues of personal concern. This meant every manager in attendance learned and understood the new corporate strategy in terms of their specific role and the daily challenges of their work. 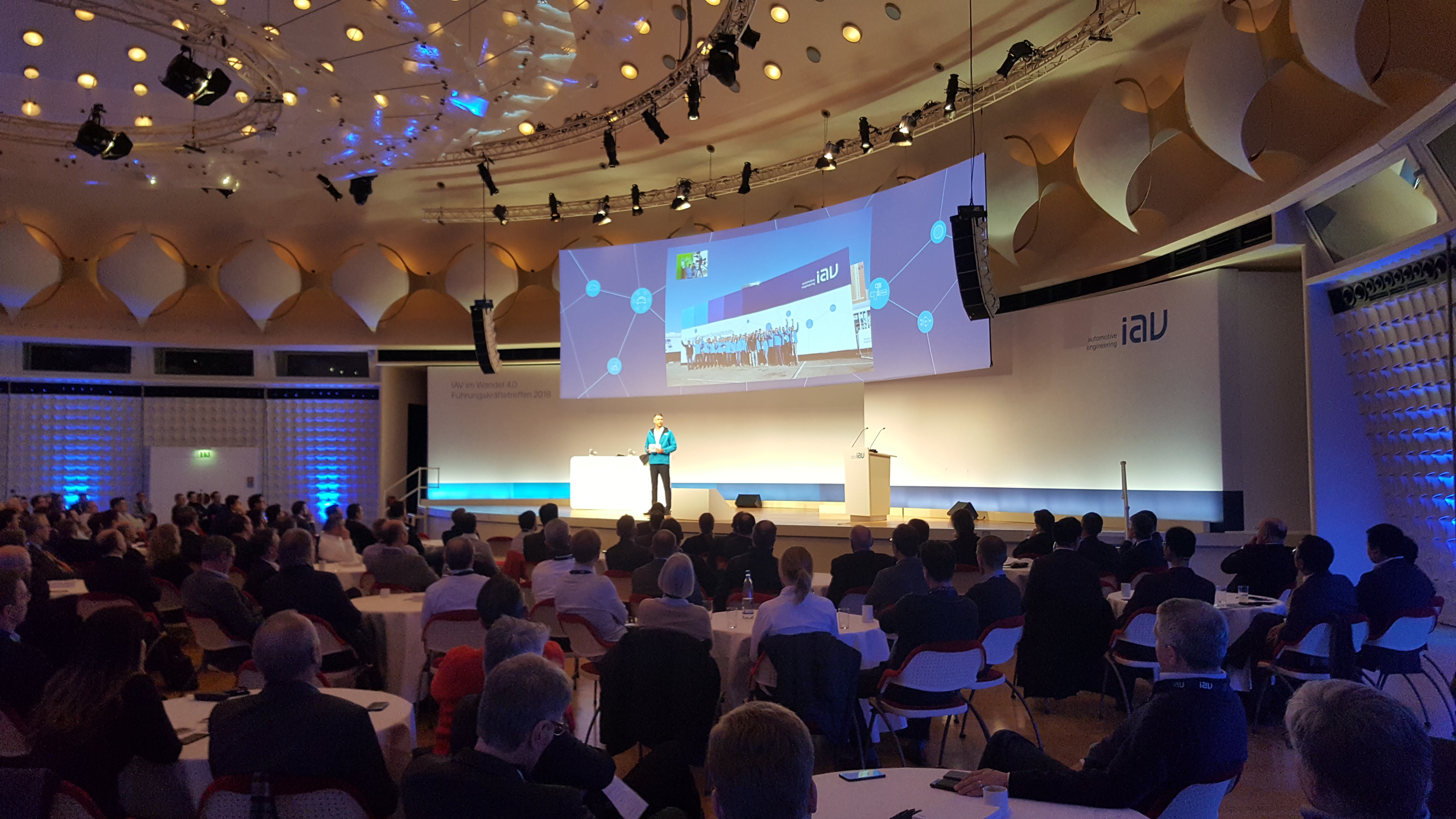